A boring rolling pin becomes a magical wand in Izzy’s little, chubby hands. The little girl founds just how amazing magic can be! And it is such a shame mummy can’t see it…

This is a personalised story I wrote for a little two-year-old, Izzy, such an active an happy toddler – always chasing her two tiny bunnies, fascinated by balloons and a biiig appetite for ice cream! I looooved writing her book, such a funny story!

Here it is, Izzy’s story:

Cheeky Izzy was gobbling an apple when her daddy came in. He wrapped his arms around her and she giggled. “Are you, little monkey, ready to go out? We’re going to feed the ducks in the park. Emilia is going to be there too, would you like that?” daddy asked. Izzy widened her little, sky-blue eyes and clapped her hands.

While mom and dad were preparing the most delicious sandwiches, Izzy went chasing fluffy Sprynty. Stroking her little bunnies was one of the things she really loved doing. Snowy Sprynty hopped to the window and then, in a glimpse, he went under the bed. Little Izzy was so curious to see the rabbit’s hiding place. She only peeked, but the bunny wasn’t there. She was now puzzled, where could have Sprynty gone? She looked once again and this time she could see something, but it was nothing like a rabbit. She tried and tried and eventually grabbed it! Oh, this was definitely not a bunny. It was a wand with a star on top. Izzy has never seen such a shiny and beautiful thing.

She laughed and twisted the wand, drawing imaginary circles into the air. But while Izzy was playing, something extraordinary was happening. Balloons went flying everywhere. They were pink, sunny yellow, baby blue and royal blue, teal, violet and lavender, green and orange. But how did they end up there? Izzy had no time to think about it because the next thing she saw was even more fascinating. While twisting the wand into the air, a bunch of birds went flying over her head. Luckily, the window was open so they could fly up, up to the sky. Izzy followed them and went silent while waving a shy goodbye. How could all this happen? How was it even possible? She then remembered the wand. With all these wonders, she completely forgot about it. Was she holding a magical wand? She waved it again and thought about the most delicious ice cream she has ever had. Creamy, fruitful, yummy-delicious ice cream, topped with cherries. When she opened her eyes, there it was, the ice cream she had imagined. Yummm! She ate it in a blink of an eye.

Oh, dear, all the birds went flying over Izzy’s head!

“Now where is little Izzy hiding?” Mummy was on her way to the bedroom when Izzy was still licking her lips. “Why there she is.” mom said, opening the door. Sprynty and Henry hopped inside along with her and Valerie could not believe her eyes. But Sprynty was under the bed a few minutes ago!

“Oh, how did my rolling pin ended up in your room, dear?” mummy asked when she saw Valerie holding the magic wand. A rolling pin? But this was a wand! Izzy tried to show her the magic tricks she knew. But when she waved it again, nothing happened. The room remained intact, no balloons or birds flew above their heads.

“There, there, Izzy, let’s get you ready for the walk in the park. You can take the rolling pin with you, if you want.”

While mummy was looking for a nice dress, Izzy finally solved the mystery. Only children can see the magic wand and use it properly! That must be it. Grown ups only see it as it is: a rolling pin. She couldn’t wait to meet Emilia and show her the magic! If only they could find a place to hide…

Did you like Izzy’s story? You’d probably love the one I wrote for Dalia.

That ONE time I invented a bedtime story with my daughter

The #1 question I get asked about personalised story books

Sometimes you’re not in the mood to read to your child. And that’s OK. 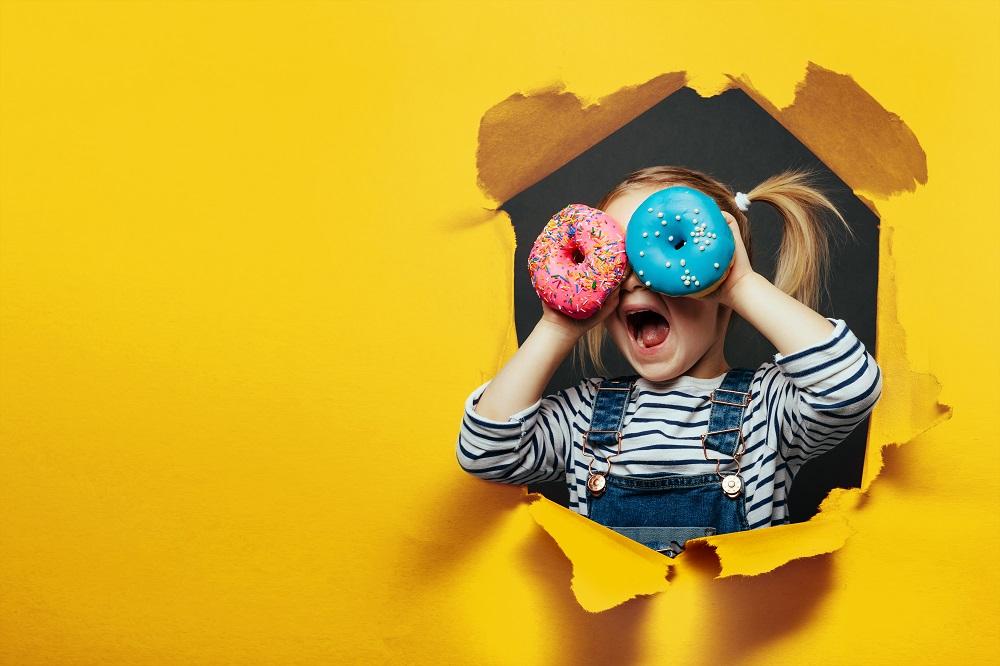 Download for FREE > 5 little healing stories for 5 frequent issues children usually have to deal with.

The free E-book is on its way to your inbox! It should be there in a couple of minutes, but make sure you also check your junk folder or "Promotions", as it might just end up there.

I am so excited for you and I really, really hope you like the stories,

Writer and Founder of The Story Store

On this website we use first or third-party tools that store small files (cookie) on your device. Cookies are normally used to allow the site to run properly (technical cookies), to generate navigation usage reports (statistics cookies) and to suitable advertise our services/products (profiling cookies). We can directly use technical cookies, but you have the right to choose whether or not to enable statistical and profiling cookies. Enabling these cookies, you help us to offer you a better experience.